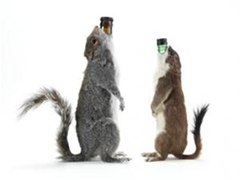 For those who have a love for taxidermy AND beer, here's just the thing for you.

Fancy Scottish brewery BrewDog has just released a 55% ABV "The End of History" beer which will be sold inside roadkill (your choice:a stuffed stoat or gray squirrel). 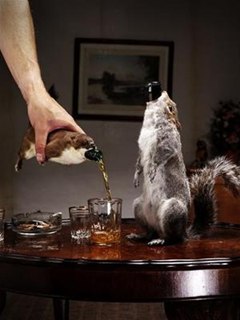 "In true BrewDog fashion, we've torn up convention, blurred distinctions and pushed brewing and beer packaging to its absolute limits.

This is the beer to end all beers. It's an audacious blend of eccentricity, artistry and rebellion; changing the general perception of beer, one stuffed animal at a time.

The impact of The End Of History is a perfect conceptual marriage between taxidermy, art and craft brewing.

The bottles are at once beautiful and disturbing – they disrupt conventions and break taboos, just like the beer they hold within them."

Well, I'll agree that they sure are... something. Did he hire an over-conceptualizing art student to write that statement?  If I were Watt, I would keep it simple: "Drinking fancy beer out of a dead squirrel rocks." Cuz I think that's what he means. 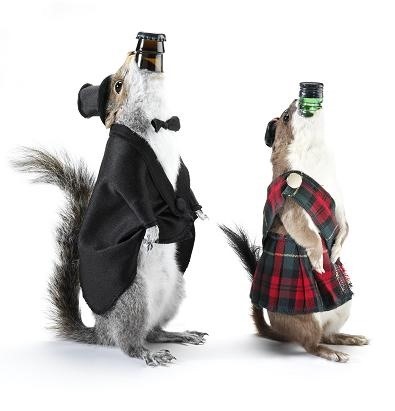 Anyway, the marketing strategy worked. All 12 limited editions sold out in just 4 hours.

Want to master Microsoft Excel and take your work-from-home job prospects to the next level? Jump-start your career with our Premium A-to-Z Microsoft Excel Training Bundle from the new Gadget Hacks Shop and get lifetime access to more than 40 hours of Basic to Advanced instruction on functions, formula, tools, and more.

Other worthwhile deals to check out:

In a word "tacky", Anyone who spends a $1000 on that has either way to much money and/or zero taste.

That about sums it up.